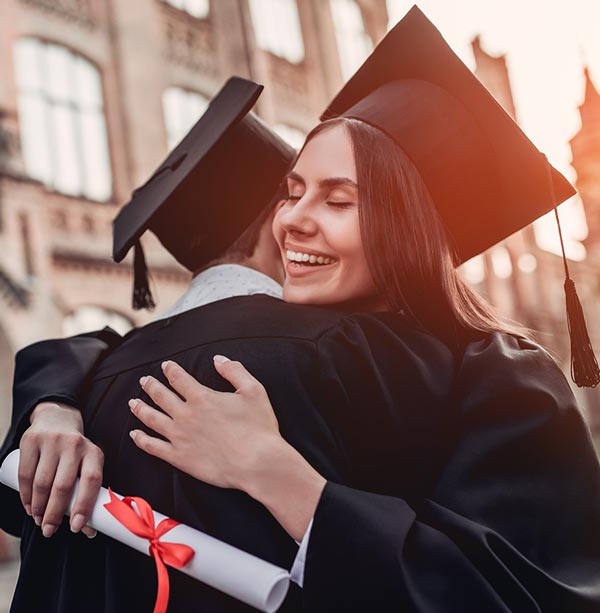 TOEFL vs IELTS - Which test should I take? 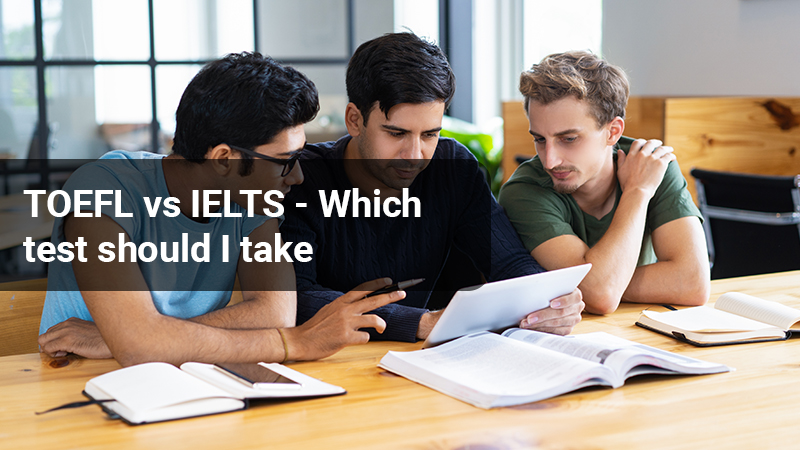 In 2022, there are three major English language proficiency exams that MBA and other programs use to test an applicant’s ability to speak English. In the past years, the Test of English as a Foreign Language (TOEFL) and the International English Language Testing System (IELTS) were the most common. Scores of these English proficiency tests are an essential part of university applications to English-speaking countries. All the non-native speakers (like those whose mother tongue is not English) of the English language have to take these exams to complete their applications. Compared to all the others, the popular ones are IELTS and TOEFL. Both of them will assess the reading, writing, listening, and speaking skills of the candidates but in different formats and make a report of them.

Here you will be given the information about both of them so that it would be easy for you to know which one is the best.

The TOEFL test helps you to boost your confidence in English, and it comes with clear Information about your skills in English.

It has been considered by more than 11,500 universities and other institutions in over 160 countries including many developed countries like the UK, Canada, New Zealand, the United States, Australia, and across Europe and Asia.

The test is conveniently offered with 3 testing options:

It’s the only test in which all 4 academic English skills are taken into consideration — reading, listening, speaking, and writing — the way they are used in a classroom.  Your TOEFL scores provide a true reflection of your abilities and show the officials of Universities your real skills so that they can assess you correctly.

They calculate your ability in English by considering your way of speaking, reading, writing, and writing. Based on these marks they give you grades through which Universities consider students’ ability.

It is necessary to have basic knowledge of English if you want to study in any foreign country. This exam assesses your ability to speak, read, write, and listening capacity in English.

Test of English as a Foreign Language(TOEFL) is a standardized test that measures the English language ability of non-native speakers who are wishing to enroll in English-speaking universities. The test has been accepted by more than 11,000 universities and other institutions in over 190 countries. TOEFL is one of the major English-language tests in the world, including IELTS, Cambridge Assessment English, and Trinity College London exams.

TOEFL is a symbol of the Educational Testing Service (ETS), a private non-profit organization, which designs and administers tests. ETS issues official score reports which are sent independently to institutions and are valid for two years after completion of the test.

The Test of English as a Foreign Language (TOEFL) will be accepted by over 400 Canadian universities and colleges including 100 percent of universities.

There are no specific eligibility criteria for the TOEFL exam conducted by the ETS, the body that conducts the TOEFL test. Mostly, it is given to students who want to get admission to universities, colleges, or educational institutions in foreign countries where English is spoken. It is for everyone who wishes to study abroad or wants to migrate to foreign countries.

Analysis of TOEFL passing exam scores for the different universities has shown that the average score for the TOEFL is about 74.2 for normal students and 82.6 for graduate students. Speaking about TOEFL  test results, the highest passing score is considered as 120.

Benefits of taking the TOEFL exam

If you are looking for Coaching for TOEFL Preparation, then you can visit Admit Abroad for the same.

IELTS (the International English Language Testing System) is developed to provide a fair and accurate result of English language proficiency. Test questions have been developed by language specialists from many countries like Australia, Canada, New Zealand, the UK, and the USA. The test covers four sections: Listening, Reading, Writing, and Speaking.

Your ability to listen, read, write and speak in English will be taken into consideration during the test. IELTS is graded on a scale of 1-9 where you will be marked out of 9. It is necessary to have basic knowledge of English if you want to study in any foreign country. This exam assesses your ability to speak, read, write, and listening capacity in English

IELTS is the most popular test for all those who are looking to migrate to Australia, Canada, New Zealand, and the UK. It is globally recognized by more than 11,000 universities, schools, and immigration bodies including 3,400 institutions in the USA.

Both these tests are used to test your English language skills in listening, reading, writing, and speaking.

The IELTS General Training test is suitable for all those who apply to study below degree level. This also includes an English-speaking school or college.

If you want to move to an English-speaking country to study, then you should take the IELTS Academic test which is mandatory.

Over 3.7 million students study abroad every year according to the reports, in different countries like Australia, Canada, the USA, and the UK.

Studying in an English-speaking country offers lots of opportunities for your future. It can also allow you to specialize in a particular field or gain employment once you have finished your education there.

Worldwide IELTS is recognized by more than 11,000 education and training providers.

In this, they will take 30 minutes of the listening test

60 minutes of the Reading Test.

60 minutes of the writing test.

The IELTS test in India is available 4 times a month or 48 times in a year (for paper-based) and is generally held on Saturdays and Thursdays to provide flexibility and convenience to the test seekers.

As such, there are no IELTS eligibility criteria set by the Government, the conducting body of IELTS. It is for everyone who wishes to study abroad or wants to migrate to foreign countries.

A minimum score is not required to pass the IELTS test. An IELTS result is calculated on a scale of 1 to 9. There it is marked as ‘0’ for those who had not attempted the test. There is no particular marked border of marks that one has to cross this mark to pass the exam.

If you are looking for Coaching for IELTS Preparation, then you can visit Admit Abroad for the same.

If you are looking to work, live or study in an English-speaking country where you can find many career opportunities, then you must be able to demonstrate a high level of English language ability, the Test Of English as a Foreign Language (TOEFL) and the International English Language Testing System (IELTS) were the most common exams used to test your English skills.

Both of these Tests are very beneficial to you and they have been accepted by most universities. Their exam pattern is very similar. Both the TOEFL and IELTS are widely accepted at undergraduate and graduate schools around the world.

TOEFL scores are accepted by more than 11,000 universities in 150 countries. Between the two exams, TOEFL is more preferred in the US, while IELTS is preferred in other countries.

Our hope is that this article gave you an overview for selecting the right test from IELTS and TOEFL. If want to join the coaching for IELTS Preparation or TOEFL Preparation or you do have any further queries, do reach out to our experts and get your study abroad journey started today.